Paris: the city that takes too many lifetimes to see. The most romantic city in the world. A city whose beauty strikes at every corner, with its elegant architecture, iconic monuments, and the subtle combination of art, history and nature, creating the perfect canvas on which love can be conceived and painted into its own masterpiece. Few travelers can resist the allure of Paris. Whether you’ve visited already, or you’re planning a first (or seventh!) trip, these are some of the touristy things to do in Paris.

Discover hidden treasures at the Louvre 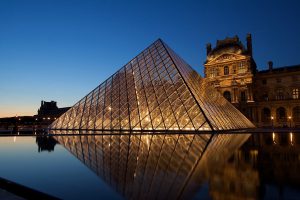 The crowd-drawing Mona Lisa and Venus de Milo in the Denon wing are only part of what this vast former palace has to offer. It is the world’s largest art museum and a historic monument in Paris, France. A  behemoth of a museum, the Louvre has galleries and wings so vast you could easily spend a day feasting your eyes on treasures like Egyptian mummies – not to mention on the building itself, which sports sumptuous architecture erected and remodeled over the centuries by the rulers of France.

You couldn’t possibly visit Paris without seeing the Eiffel Tower. Even if you do not want to visit this world famous structure, you will see its top from all over Paris. No building better symbolizes Paris than the Tour Eiffel.Despite being such a familiar icon, the Eiffel Tower never fails to impress with its iron latticework, its 2.5 million rivets and the thrill of the old-fashioned elevators.It is still the highest viewing point in Paris. Visit it at night to delight at the tower sparkling. 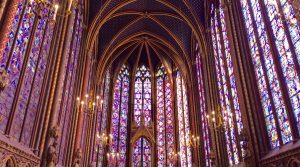 While they may not be on the top of your list, these two national monuments are worth your time.La Conciergerie, once a royal palace that housed the kings and queens of France, was transformed into a prison in the late 14th century. It is infamous for detaining more than 2,600 criminals and political prisoners during The Revolution Tribunal, including: Queen Marie Antoinette, Robespierre, and Danton. 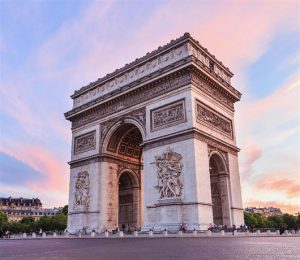 If you’re looking for a bird’s eye view of Paris without the long lines you’ll find at the Eiffel Tower, we suggest a trek to the top of the Arc de Triomphe. Located at one end of Paris’s most famous avenue, the Champs Elysees, the triumphal arch is older than the Eiffel Tower, but is somewhat new in the tradition of building arches to celebrate victories. You can admire the arch from below at the ground level – either on foot while you’re window-shopping on the Champs Elysees – or by automobile if you’re lucky enough to get caught in the swirl of traffic that plays dodgem around its base.

The Palace of Versailles has been listed as a World Heritage Site for 30 years and is one of the greatest achievements in French 17th century art. Centuries of makeovers have made Versailles the most sumptuously clad château in the world. When the château was built, the community of Versailles was a small village dating from the 11th century. Today, however, it is a wealthy suburb of Paris, some 20 km southwest of the centre of the French capital. Versailles was the seat of political power in the Kingdom of France from 1682. Allow yourself a good part of the day to appreciate the gorgeous state apartments and the famous Hall of Mirrors – a 73-metre (240-foot) gallery overlooking the garden, hung with 357 mirrors. It was commissioned in 1678 by Louis XIV, decorated by Le Brun and is easily the highlight of any visit.